Using American Sign Language (ASL), Gramer talked about his experiences in the workplace as someone who is Deaf or Hard of Hearing (DHH). When he was hired at Amazon, for example, Gramer said he initially experienced a few communication gaps. But by working with his team, Gramer was able to gain an ASL interpreter who would help bridge these gaps.

Gramer’s talk was part of a half-day coding event at Amazon for Detroit high school students who are DHH. The event came out of a partnership between Amazon, Deaf Kids Code, MDE-LIO, Detroit Public Schools Community District, and the Michigan Department of Civil Rights (MDCR) Division on Deaf, DeafBlind, and Hard of Hearing (DODDBHH).

“Speak up for whatever you need to be successful,” Gramer told the students in his talk. “You want to be treated equally. You want to be included.”

During the event, each student was assigned a laptop to practice hands-on skills through the Amazon Web Services (AWS) Educate initiative, which features modules that teach cloud technology skills such as coding, algorithms, and cybersecurity. After the event, the students have continued working through the AWS Educate modules in their district to reinforce and build on what they learned. 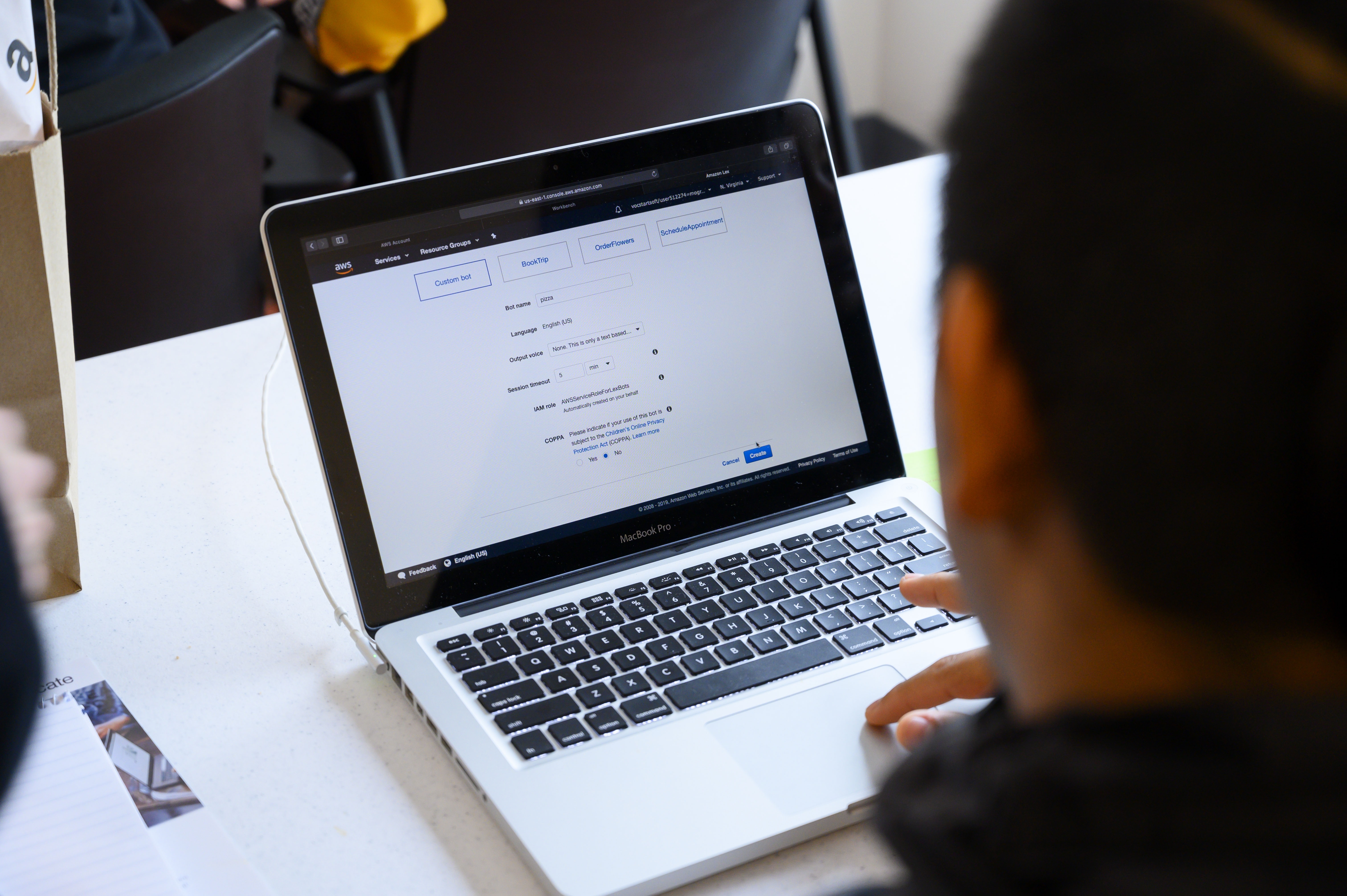 This event was the first of its kind from Deaf Kids Code and Amazon. Ultimately, Deaf Kids Code plans to offer similar events throughout the country.

Shireen Hafeez, who is the founder and president of Deaf Kids Code, said she was drawn to partnering with Amazon because AWS software is used by companies around the world. Three digital badges can be achieved in the AWS Educate curriculum, and students can use their experience and the badges they earn as leverage for landing jobs in companies that use AWS software.

Hafeez also likes that coding is accessible to anyone who wants to learn.

“Coding is a global visual language,” she said. “It bypasses the barriers that have affected previous generations of being able to communicate meaningfully to others and to the world.”

When Amazon gave Hafeez a list of corporate locations to launch their first coding event, Hafeez said she immediately chose Detroit because of its resilience in the face of challenges. And when Celeste Johnson, Detroit Public Schools Community District’s supervisor for DHH, learned that her district’s students were invited to participate, she immediately agreed.

“Especially in the high school setting, we want a more career-focused approach,” Johnson said. “Often, students who are DHH have a difficult time exploring opportunities where they can demonstrate their true talent.”

At the start of the day, several Amazon employees, including Gramer, spoke about their individual career paths. Garret Gaw, a director at Amazon Detroit, described various science and technology roles at Amazon as well as his own career path. He started as a chemical engineer but had always loved computers, he said, so he began taking computer science classes.

One student asked Gaw if his job was difficult.

“It’s challenging,” Gaw said. “I think I know what I’m going to do when I get into the office, but there are always things that come up that change my plan for the day.”

The collaborative event gave students an opportunity to understand what career prospects are available to them, said MDE-LIO Director Roxanne Balfour.

“MDE-LIO was thrilled to be part of this venture, and we appreciate everyone who made this a success,” she said. “We look forward to more of these events that help support our students in planning for their future.”

Ideally, similar events will be held across Michigan, said MDCR DODDBHH Director Annie Urasky. The goal is for DODDBHH and MDE-LIO to continue providing similar hands-on career events to students across the state and at different companies. Not only will students learn real-world skills, Urasky said, but they also have a chance to experience how they could fit in at a company.

“We don’t want to limit students in their way of thinking,” she said. “If they see that someone like Brendan works at Amazon, they’ll think, ‘If he can do it, I can, too.’”